At Odegaard Kovacich Snipes, we receive many calls from victims of motor vehicle accidents who are struggling with mounting medical bills or lost income because of accident related injuries. Fortunately, there are protections under Montana law for those injured in a car accident. As a general rule, under Montana law, the at-fault driver's insurance company is required to cover accident related medical expenses and lost income before final settlement of the claim.

What is "The Ridley Decision"?

In 1997, the Montana Supreme Court decided an important case, Ridley v. Guaranty National Ins. Co. ("the Ridley decision"). In that case, the Court determined that if an at-fault party in an accident has insurance, that insurer must pay for the injured person's medical bills. It was a ground-breaking decision that was intended to prevent insurance companies from leveraging people into settlement. In most states, an auto insurer does not have to pay medical bills and lost wages before final settlement. In those states, the insurer can easily leverage an unfair settlement if the injured party has unpaid medical bills hanging over their head. That is not the case in Montana, thanks to the Ridley decision.

A few years later, the Montana Supreme Court also determined that the insurance company for an at-fault driver must pay for an injured person's lost wages due to the accident.

Many medical providers in Montana have hired Patient Advocates who wait in emergency rooms for victims of motor vehicle accidents to arrive. The Patient Advocates often give the impression that they are looking out for an accident victim's best interest, when in reality, they are gathering details to, oftentimes, beat the injured victim to the insurance money, all in the name of the Ridley decision that was intended to protect injured Montana accident victims. We have helped many clients in this situation, ensuring they receive just compensation after an accident.

While the Ridley decision was initially a positive development for accident victims in Montana, over the years, medical providers and debt collectors have used that decision in ways that have actually harmed some of these accident victims. All of this depends on the circumstances of each situation.

Because the medical bill and wage loss issue is so dependent on the specific circumstances of each situation, we will be addressing in an upcoming series of articles, the following issues:

In order to do this, we are going to run a series with two main characters and some additional characters. In an effort to do this, we would like to introduce you to At-fault Alex and Innocent John. 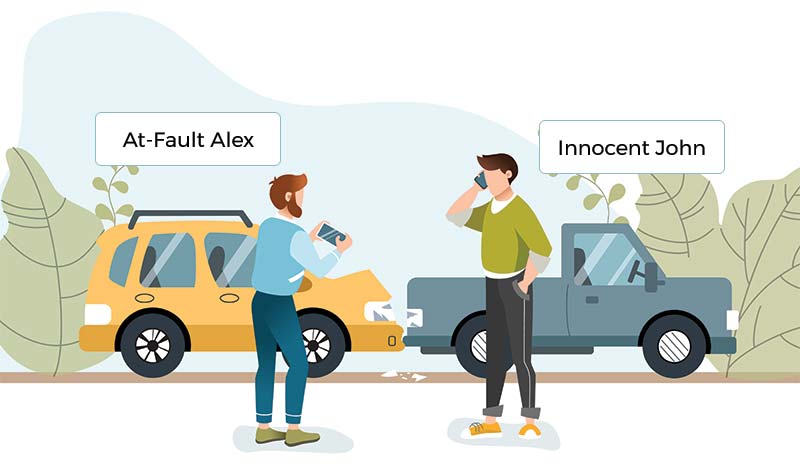 Throughout our next motor vehicle accident series, we will play out various misadventures to further explain how the Ridley decision affects different people. Our hope in doing so is to detail how Montana motor vehicle laws affect you so that if you are involved in a car accident, you are prepared to seek proper care and not let medical providers and Patient Advocates take advantage of you.

As we have seen motor vehicle accidents in Montana increase, it has created a new sense of urgency to protect injured car accident victims. Contact our legal team if you have been in an accident and the at-fault driver's insurance company is refusing to cover your medical bills or reimburse you for lost wages. We have helped clients who have started working with patient advocates to help them receive the compensation they need and deserve. The Ridley decision was enacted to create positive changes in the insurance system. We are here to help innocent victims utilize it for their needs.