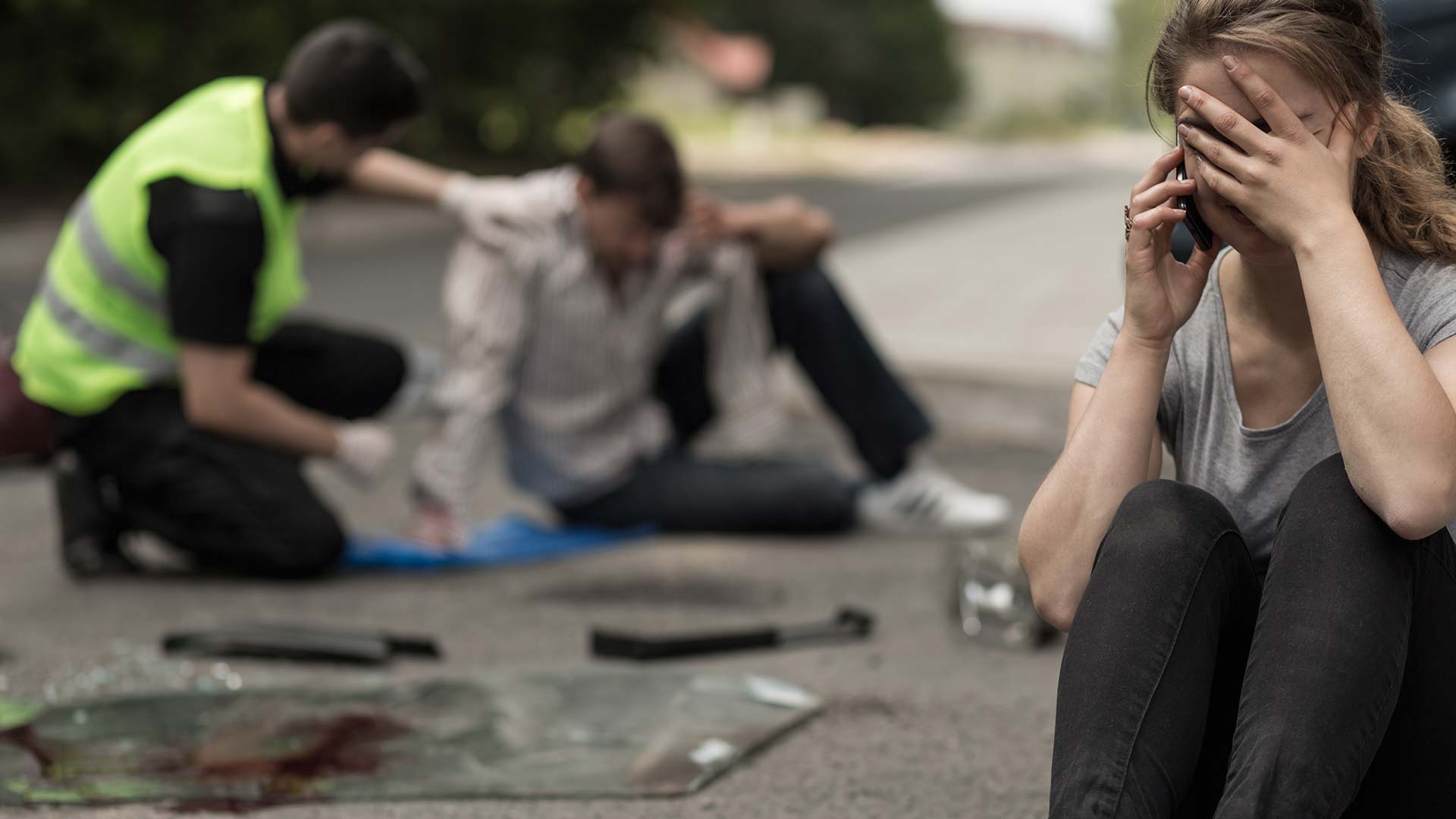 See What Makes Our Firm Unique

The Montana car accident lawyers of Odegaard Kovacich Snipes have extensive experience with car accident claims and can help you in your fight for justice.
No Risk Case Evaluation

Car accidents can lead to a wide variety of injuries, some of which are permanently debilitating and can change the victim's life. In 2018, there were 182 car accident fatalities in Montana. If you or a loved one suffered serious harm in a car accident because of another person's negligent actions, you need legal help. Contact the injury lawyers at Odegaard Kovacich Snipes for experienced Montana car accident lawyers who will fight to get you the compensation that you deserve. Call us at (406) 222-2222 today.

Should I Hire a Montana Car Accident Lawyer to Handle My Case?

A quality car accident lawyer will know how to obtain the evidence necessary to prove liability. Even though you may have a series of photos of the scene, a lawyer will know which parts of the accident will be the most successful at proving who was liable. He or she will also know how to present the evidence in the best way possible. A car accident lawyer will interact with the necessary medical professionals and know how to navigate the medical procedures that you must follow to get the information that your claim needs.

However, it is also very important to hire a Billings, Helena, or Great Falls auto accident lawyer who is willing and able to take your case to trial. Insurance companies know which auto accident lawyers will hold them accountable and take them to court if they don't offer fair compensation, which may lead to better initial settlement offers. In the event the insurance company does not offer fair compensation, let an experienced Billings, Helena and, Great Falls personal injury lawyer advocate on your behalf in court and secure a larger, just recovery.

What to Do Following a Car Accident in Montana

The moments after a car accident are extremely important and could determine whether you win your case and receive compensation for your injuries. If you are able, call the police to report the accident. Regardless of whether you file a personal injury claim, your insurer will likely want documentation of the incident. If you feel hurt, remain still. Otherwise, check for the safety of other passengers, and then move your car to a safe place. If you are unable to move it because of damage to the vehicle, turn on your hazard lights so that any oncoming vehicles know to avoid you. Make sure it is safe before you get out of your car.

After you have moved your car to safety, check on the other people involved in the accident. Make sure to remain at the scene until an officer arrives. If you leave the scene of the accident, the other people involved in the incident could accuse you of a hit-and-run, which is an accusation that usually has more severe penalties than a regular car accident claim. If there are witnesses and you are able, ask for their contact information. When you are talking to the police or other people involved, do not admit fault in any way. Insurance companies will use anything to avoid fully compensating someone; if you admit blame, it could affect your claim later.

Document the scene and gather information. Write down the make, model, and license plate of any car that was involved. Get the name, contact information, and insurance information for any other person who was involved in the incident. Take as many pictures as you can. The pictures should include the cars that were involved, the scene of the accident, injuries that you sustained, and anything else that could be relevant to your claim.

Once you leave the scene, and if you haven't already, seek medical attention as soon as you can. Even if you do not have any visible injuries, a doctor may offer advice on whether there is a dormant injury. Follow your doctor's advice to prevent further injury, including possible rehabilitative care. After seeing a medical professional and getting the help you need, contact a Billings, Helena, or Great Falls car accident lawyer who is experienced in Montana car accident claims for legal advice.

What Are Some Different Types Of Car Accidents and Injuries?

Distracted driving isn't a new phenomenon - fiddling with the radio, talking to other passengers, or even daydreaming while driving has caused many accidents. However, texting and driving are one of the most dangerous forms of distracted driving. As technology becomes more prevalent in society, more and more people struggle to ignore their phones while they are behind the wheel. Sending or reading a text requires you to take your eyes off the road for an average of five seconds. If you are driving 55 miles per hour, looking away from the road for five seconds is the equivalent of driving the entire length of a football field with your eyes closed.

According to the National Highway Traffic Safety Administration, 2,841 people died and 400,000 suffered injuries in 2018 because of distracted driving. An estimated 2.9% of people use their phones while they are driving during the day. Montana does not currently have any laws that ban texting and driving, but the state recognizes the danger it poses. If you've been involved in a texting-and-driving crash, contact one of our distracted driving accident lawyers.

According to the Centers for Disease Control and Prevention, 28 people in the United States die every day in accidents that involve someone drinking and driving. That number amounts to one death every 51 minutes. In 2015, impaired driving caused 29% of traffic accidents in the United States. According to the CDC, 10,497 people died in alcohol-impaired driving crashes, accounting for 28% of all traffic-related deaths in the United States in 2016. Young people who drink and drive are at a higher risk to be involved in an accident than older people who do, given their lack of experience behind the wheel.

An alarmingly large number of people in the United States drink and drive. According to the Substance Abuse and Mental Health Services Administration, authorities arrest approximately 1.1 million people each year for driving under the influence of alcohol or drugs. The number of arrests is only 1% of the 111 million American adults who admitted that they drove while impaired at least once during the year. Schedule a consultation with one of our experienced drunk driving accident lawyers if you're involved in such a case.

In a study completed by SafeMotorist.com, road rage is the cause of 66% of traffic fatalities. It is a term that refers to drivers who commit aggressive traffic offenses because they are angry, and that anger drives them to endanger another driver. While it is possible for all drivers to exhibit road rage, males under the age of 19 are the most likely to demonstrate this behavior. Half of the drivers admit to responding with aggression when someone is rude or aggressive toward them on the road.

Road rage can manifest in many ways. A driver can exhibit road rage by rudely gesturing or honking his or her horn. Road rage can also be much more intense. Drivers have also admitted that they have tried to run an aggressive driver off the road.

According to the National Highway Traffic Safety Administration (NHTSA), approximately one in every four car accidents involves a car getting rear-ended. Rear-ending accidents can happen for many reasons, but one of the most common occurrences is due to the distraction of the driver who collided with the other vehicle or vehicles. However, despite common beliefs, the one who rear-ends is not always responsible; there can be other factors that led to the accident. It's best to discuss such a case with your Montana car accident lawyer before assuming the rear-ender is to blame.

Whiplash usually occurs in rear-ending accidents, but it is also fairly common in many vehicle collisions. The impact of the collision snaps the driver's body backward and then forward quickly and suddenly. Whiplash can cause serious injuries to drivers. In fact, it is widely reported that 45% of whiplash victims report they are still suffering from symptoms two years after the accident. One in 100 people around the world suffers from permanent neck pain from a whiplash injury in a car accident. If you believe you are one of these people, it is in your best interest to contact a Montana whiplash injury lawyer.

Should I Speak with an Insurance Adjuster After an Accident? 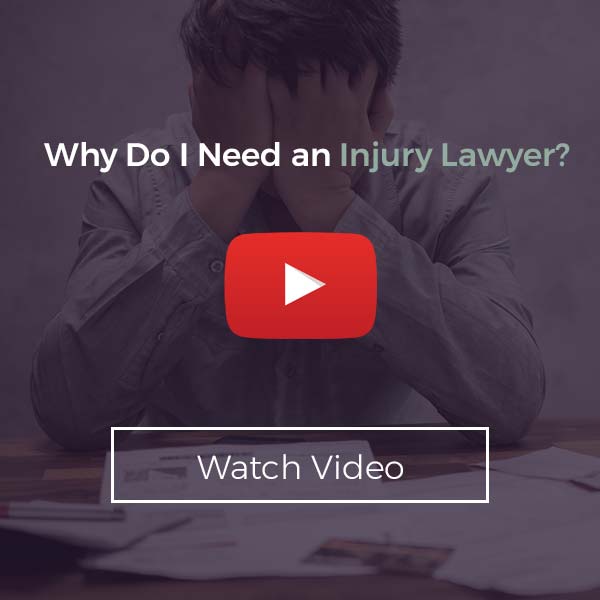 You should not speak with an insurance adjuster after an accident, especially not before you have hired a Billings, Helena and, Great Falls personal injury lawyer. Insurance adjusters generally focus on doing what is best for the insurance company as opposed to helping you get the compensation you need to recover from an injury.

Insurance adjusters may try to get you to tell them something they can use against you in your car accident claim. They may even have specific tactics to trick you into disclosing information that will hurt your case. Some insurance adjusters will ask to record your statement. They may use the statement in court as evidence against you because it is likely that the raw, unedited statement you give the adjuster will be different than what you say in court after working with a car accident lawyer. The insurance company may use the difference between the two statements as a reason to invalidate your claim.

Who Pays Medical Bills After a Motor Vehicle Accident?

In Montana, victims of car accidents have three options when they are trying to get their medical bills paid. The first option is filing a car accident claim with their own insurance company. Second, they can file with the other driver's insurance company. The final option is to call a distracted driving, drunk driving, and auto accident lawyer and file a lawsuit against the driver who is responsible for the injuries. Many claimants settle car accident claims during negotiations, but some cases go to court, giving the court the responsibility to determine whether you should get compensation for your medical bills.

If you or a loved one has suffered an injury in a car accident caused by the negligence of another driver, you may be eligible to file a car accident claim. The Montana car accident lawyers of Odegaard Kovacich Snipes have extensive experience with car accident claims and can help you in your fight for justice. We will not charge you anything in lawyer fees unless we win your case. We also offer a free consultation, so you can be certain that we are the right team for you. Contact Odegaard Kovacich Snipes for more information about how we can fight for you to get the compensation that you deserve.

Paul Odegaard and Mark Kovacich have been selected for The 2021 Best Lawyers in America.

We are honored that members of our legal team are recognized by peers in their industry for their hard work.

Will workers' compensation retrain me for a different job?

This is one of the most common questions we hear from people who were injured while working in Montana.

As COVID-19 stay-at-home orders begin to lift and Montanans are traveling more, it is crucial to remember driving safety.

Can I file a workers' compensation claim if I'm exposed to Covid-19 at work?

The Covid-19 pandemic creates an entirely new situation if exposed at your workplace.