If you or a loved one has suffered an illness because of asbestos or toxic exposures, you deserve fair compensation. Contact the Montana asbestos & environmental claims lawyers at Odegaard Kovacich Snipes for guidance and experienced representation for your asbestos and environmental claim.
FREE Case Evaluation    Call Us Now (24/7)

If you or a loved one has contracted a disease or ailment from asbestos exposure, you may be eligible to file a claim. Contact Odegaard Kovacich Snipes to speak with a Montana asbestos & environmental claims lawyer about possible compensation. Between 1999 and 2013, researchers estimated asbestos killed 12,000 to 15,000 Americans per year. Manufacturers and construction companies have significantly reduced asbestos use in recent years, but the hazardous effects of previous exposure are still harming people across the country.

Asbestos is a mineral found in many materials including cloth, paper, cement, and plastic. Some buildings have it as an insulator. Many businesses have used asbestos in some way, but studies have found that it can cause serious health issues to people exposed to it.

Asbestos has caused health issues for decades, but many executives covered up the impact because of the damage it would have on their businesses. Lawmakers have had difficulty passing legislation that strictly regulates asbestos use, as many big businesses have expressed adamant opposition because of the effect it would have on their products and services. Currently, state and federal laws ban the presence of more than 1% asbestos in many types of products in America. Despite the American regulation, however, asbestos is still present in older buildings and is still a danger. International trade can also be a problem because some countries frequently use asbestos in their products.

Asbestos fibers are in a wide assortment of products. For most of the 1900s, construction companies used asbestos in the insulation of residential and commercial buildings. Companies used asbestos because it was extremely cheap and easy to access. It quickly became a common product for construction materials such as cement sheets, roof sealants, and adhesives for floor and ceiling tiles. After the Second World War, companies started using asbestos more in suburban homes, appliances, and automobile parts such as brake pads and gaskets. Construction workers also sprayed asbestos on skyscraper girders for fireproofing.

The last asbestos mine closed in 2002 - not that long ago. The recent existence of mines means that many more cases of diseases related to asbestos exposure could continue to surface in the next decades. 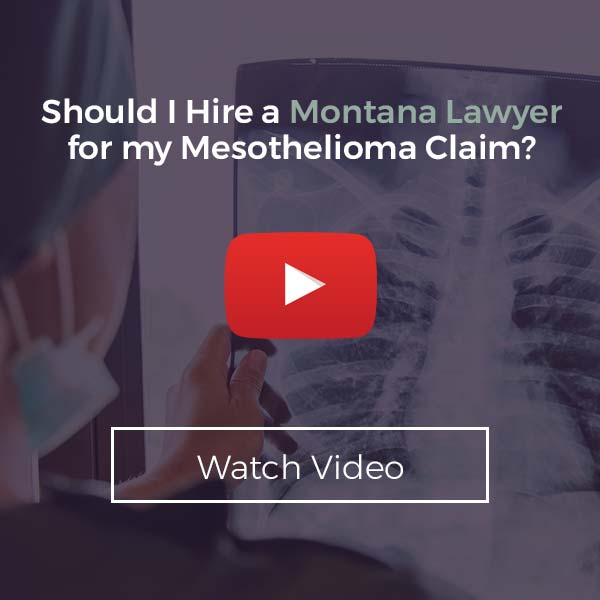 How Is Asbestos Harmful?

Asbestos fibers can be introduced into a person's body through inhalation or ingestion and remain in a person's body for the rest of their life. It does not have a taste or smell, so someone can inhale or consume asbestos dust without realizing it. Asbestos is extremely difficult to get out once it has entered a person's body. The fibers never dissolve. Illnesses caused by asbestos usually take 20 to 50 years to develop, so it is highly possible that the victim will be unaware of his or her exposure until decades after it happened.

Any amount of asbestos entering the body is dangerous. Diseases may develop after extended, concentrated exposures from working with asbestos-containing material. Some diseases, including mesothelioma, develop after brief, less concentrated exposures as well. In the years after exposure, asbestos fibers can cause scarring, inflammation, and genetic damage to the victim's cells.

What Injuries Can Asbestos Cause?

Asbestos exposure can lead to many different illnesses and diseases. One of the diseases that asbestos can cause is asbestosis. Asbestosis is a pulmonary disease. It happens when the lungs get irritated and inflamed from the victim inhaling too many asbestos fibers. In an effort to stop the disease, the body will try to repair the lungs, which can cause even more inflammation and cell damage. Scar tissue can develop and, once it thickens, it can affect the lung's process of oxygen and release carbon dioxide. The symptoms of asbestosis can include shortness of breath, difficulty with physical activity and athletics, coughing, and chest discomfort.

Diagnosing asbestosis can be difficult because of the length of time it usually takes before the body shows any symptoms. Doctors identify asbestosis by examining previous exposure to asbestos and conducting various scans and tests. There is no cure for the disease, so many doctors recommend treating the symptoms for the most comfort.

Another disease that asbestos can cause is mesothelioma. Mesothelioma is the most serious disease that can occur because of asbestos exposure. It is a type of cancer that damages the linings of the chest wall, lungs, or abdomen. It is a fatal disease. More than half of the people who contract mesothelioma die within 18 months of the diagnosis. About 20% of mesothelioma victims end up living five years or more. Treatment methods for mesothelioma include drugs, chemotherapy, radiation, and surgery.

Some of the symptoms of mesothelioma include:

Most people suffer asbestos exposure in their lifetime. The factors that determine whether someone is at high risk of developing a disease caused by asbestos include dose, duration, size and shape of the fibers, source of the exposure, preexisting individual health factors, and genetic factors.

The most common way to inhale asbestos fibers is through work. Some of the professions that are at the highest risk of developing asbestos-related diseases include:

In some cases, family members of people in these industries are also at risk of developing an asbestos-related disease. Workers could bring in asbestos fibers on their clothes, in their hair, or on their skin. People who live close to asbestos mines can also suffer diseases caused by asbestos.

Unfortunately, there are many environmental substances that are hazardous and can cause serious health issues. One of the hazardous contaminants is formaldehyde. Formaldehyde is a gas that is colorless, flammable and has a strong odor. It is in building materials, insulation, various household products, fertilizers and pesticides, resins used in wood products, and preservatives used in some consumer products. It can also exist in cigarette smoke and emissions from fuel-burning appliances such as gas stoves.

Mercury poisoning is another type of environmental contamination. Mercury is a substance in rocks in the earth's crust. People can inhale it when paired with certain substances. Industries release mercury into the air when they are burning coal, oil, and wood. It is a colorless, odorless gas so it is extremely difficult to know if you experienced exposure to hazardous mercury fumes.

Lead is a natural element that can cause serious health damage. Human exposure occurs when people inhale fumes from gasoline, industrial facilities, or lead-based paint. Manufacturers also sometimes use lead in products such as ceramics, pipes, plumbing materials, solders, batteries, ammunition, and cosmetics.

Who Is Liable for These Claims?

Asbestos lawsuits are often part of a "mass tort" case. Mass tort cases affect multiple people. Because asbestos damage can often come from work, some claims involve large groups of people who all suffered asbestos exposure because they worked for the same company. For example, a group of ten people could have held the same job in a mine where they all inhaled asbestos fibers. When victims file together, the courts call it a mass tort.

Victims will often file their claims against the company that had them working in conditions where there was asbestos or that sold them the product that contained asbestos. Victims can file one claim as a group as a mass tort or separate claims individually.

Courts base asbestos liability on three tenets: negligence, strict liability, or a breach of warranty. For a negligence claim, victims must prove the defendant had a duty, violated the duty, and that the violation directly caused the victim's injuries. Asbestos illnesses usually do not surface until decades after the exposure, so, in some cases, causation can be difficult to prove. Strict liability is a theory that requires similar evidence. The main difference is that under strict liability the victim does not need to prove the defendant was negligent. The danger of the material can be enough to make the defendant liable for the victim's injuries or illnesses. A breach of warranty claim suggests the defendant lied about some aspect that eventually caused a hazard. The defendant may have made a false claim on a warranty that would lead users to believe the product was safe to use when it may not have been.

What Damages Can I Recover?

If you or a loved one has suffered an illness because of asbestos or toxic exposures, you deserve fair compensation. Contact the Montana asbestos & environmental claims lawyers at Odegaard Kovacich Snipes for guidance and experienced representation for your asbestos and environmental claim.

Our client was diagnosed with mesothelioma and died as a result of extensive exposure to asbestos wo...

The firm represented a man who developed mesothelioma after years of exposure to asbestos working in...

72-year old veteran and janitor contracted mesothelioma due to workplace exposures. We represented ...

We are proud to have represented some of the best clients and get their life back. See what our clients have to say!

We've compiled the top questions injured workers often have after they get hurt on the job. Do any of these sound familiar?

There is nothing like viewing the beautiful Montana scenery from a motorcycle. But, before you jump on your bike, take some time now to get your motorcycle ready.

Learn more about driver assistance technologies, how they can help you, and what you should know about these technologies when buying your next vehicle.